In the fall of 2017 a group of artists began working together to create the convergence that it was realized in July 2018. We decided that the overall theme of the convergence would have something to do with creation stories. I began to investigate the Hebrew creation story Gen 1:1-31 as described by Rudolf Steiner in his set of lectures titled Genesis.
In the first chapter I found that for the ancient Hebrew people the sounds of the words created pictures:

“Pictures arose in the soul of anyone who entered with lively sympathy into the words, and allowed them to work upon him — pictures harmoniously arranged, organic pictures, pictures which may be compared with what the seer can still see today when he rises from the sensible to the supersensible. The Hebrew language, or, better said, the language of the first chapters of the Bible, enabled the soul to call up imaginal pictures which were not wholly unlike those that are presented to the seer when, freed from his body, he is able to look into supersensible regions of existence.. .It is of immense importance that in the course of these lectures we too should seek to place before our souls the very pictures which arose in the Hebrew pupil of old when these sounds worked creatively in him.”1

And so I thought, well for me to get pictures to arise I will need to paint, and the Genesis Project began. First I created eight small sketches in relation to the stages of creation:

Bet = weaving of the habitation of substance

2. Bara  = the musing of the Elohim which brought forth the activity of the inner desire and the outer thought.

4. The state of Ha-arets is one of  tohu wabohu

5. wabohu = forces turned back again on themselves and flow

The brooding of the Elohim over the ha’arets = warmth

7. The beings of the haschamayim radiate light out of cosmic space into the tohu wabohu.

The upper moves into the lower organizing it.

8. Let there be Light

This may seem a short passage to devote seven sketches and two videos to but Rudolf Steiner gives an incredibly detailed imagination of what arose in the soul of the ancient Hebrew when these words were spoken. After the sketches I created a video of the process of the creation. https://www.youtube.com/watch?v=B8LGdqtCcXE&t=67s

Ella Lapointe, who is fluent in Hebrew, recorded the words that repeat while the painting in the video progresses. I tried through the painting to experience the stages created by the sounds of the words as described by Rudolf Steiner.  I then created a video, “Let there be Light”.  https://www.youtube.com/watch?v=TH-AoNOXRyc

This was created by video taping the process of painting and then running the video in reverse. Black to blue to white. It appears to be somewhat magical.

After this initial stage I began working on 13 paintings done in block printing, oil sticks and surface collage, tracing the creation story from the beginning through the creation of human being. Gen 1:1-31 These paintings are on semi permanent exhibit at Holder House in Spring Valley NY as part of Free Columbia’s Enliven the Walls Program.

It was hugely helpful to have colleagues investigating similar subjects and willing to enter into my work, ask questions and given impressions. It is in this sort of collaboration that I find the kernel of creation. In reading Rudolf Steiner’s lectures on Genesis it becomes clear that the creation of the human being was an archetypal collaboration between the hierarchies.

“And so, in what emerges as the final consummation of the work of evolution, we have to see a product of the combined effort of all the Elohim; we have to see that they all contribute, each as he is able, to this their work in common, and that at length the human etheric form appears as an expression of the capacity and skill acquired by the Elohim during the Saturn, Sun and Moon evolutions.

In saying this we have drawn attention to something of immense importance. We have touched on the question of what we may call human worth. In many epochs the impression made upon religious minds by certain words brought their consciousness far nearer to the truth than is the case today. It was so in the case of the Hebrew seer. When he looked up to the seven Elohim, what he experienced obliged him to say to himself, in all humility and reverence, that man must be something mighty in the world, if the differing activities of seven Beings had to combine in order to bring him into existence. The human form on earth is a goal of the Gods! I ask you to feel the immense significance of this statement, and you will say to yourselves that each one of us has a tremendous responsibility for the human form, has an obligation to make it as perfect as possible. Perfection became a possibility from the moment when the Elohim resolved to bend all their united capacities towards the achievement of the one goal. This divine heritage has been entrusted to man, in order that he may develop it ever higher and higher into far distant times. 2 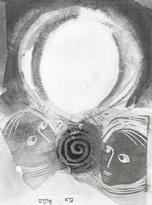 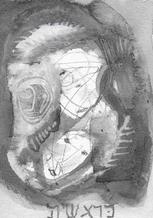